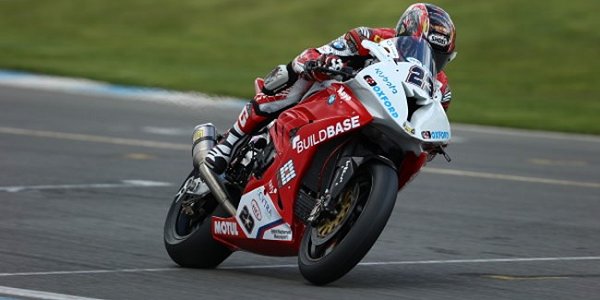 Kiyonari leads Brookes by just 0.033s in opening session of 2015

After missing out on the 2014 t**le, Buildbase BMW’s Ryuichi Kiyonari fired himself to the top of the times in the opening MCE Insurance British Superbike Championship free practice session at Donington Park, by just 0.033s from Milwaukee Yamaha’s Josh Brookes.

Kiyonari had been building throughout the session as the three-time t**le winner bids to add a fourth to his tally. In the closing stages the positions changed frantically, but it was the Buildbase BMW team who came out on top.

Brookes had started the session ready to prove that the new Yamaha R1 will be a serious contender for the 2015 t**le and the Australian didn’t disappoint. He moved up inside the top five, before posting a lap in the closing stages to move second and within reach of his Japanese rival.

Lee Jackson prepares for his first full campaign in the championship alongside Kiyonari at Buildbase BMW, and the rookie was fast straight out the blocks, finishing third after dropping back behind Brookes in the final stages.

Danny Buchan was up to fourth as he gears up for the season with the Tommy Hill-managed Be Wiser Kawasaki team ahead of Howie Mainwaring who completed the top five for the Quattro Plant Kawasaki team.

Stuart Easton was the fastest of the PBM Kawasakis in sixth, as defending champion Shane ‘Shakey’ Byrne was eighth after some technical issues during the session. The pair were split by another MCE BSB rookie, Luke Mossey, who had a strong start to his debut season on the second of the Quattro Plant Kawasakis. Dan Linfoot and James Ellison completed the top ten.

Tyco BMW contenders Tommy Bridewell and Michael Laverty were both outside the top ten in twelfth and 29th respectively after some early issues.

Tyre/Chain/Sprocket Condition :chain/sprockets80%. could do with decent tyres as its been sitting awhile

Any Other Relevant Info :
Bought this about six years ago in the uk, always had triumph filters and castrol oil. Valve clearances done by john o grady about 2000 miles ago. Only selling as buying a house so either this and my buell must go or else my gsa. Original plastic is even still on clocks, few tiny tiny stone chips on paintwork but that be it.

Bought a ’95 vfr750 yesterday, with mixed reviews about the seller but he gave me a warranty in writing and I looked the bike up and down and inside out and was happy with engine and gearbox, so smooth and no unwanted noises after a testdrive….

..and I got it at a price that if it does fall apart ill nearly make it back in parts :lbhbh: Hopefully it wont come to that though! Drove it home yesterday and all as it should be! Some nice bits like the exhaust above the single sided swing arm (hate when manufacturers use a single sided swing arm and then hide it by running the exhaust right through it), tank cover, alarm and immobiliser, rear seat cowl, body is in good nick, dash works as it should, mig exhaust, only needs a new chain (but not sprockets which is odd), almost new tyres, HID front lights.

Took the zed off the road yesterday for some well needed tlc over the next 6 months/a year to do everything slowly and properly and learn something in the process! 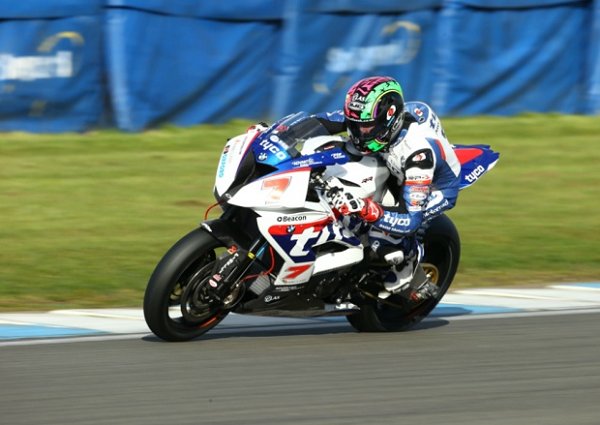 Michael Laverty isn’t making any rash predictions over his prospects for the opening round of the MCE British Superbike Championship at Donington Park on Easter Monday as the Tyco BMW rider makes his return to the series after two years.

Laverty, who is partnered in the Northern Ireland team by Tommy Bridewell, has competed in the MotoGP class for the past two seasons but makes his comeback in the UK’s top domestic short circuit series amidst high expectations.

Following the switch from Suzuki to BMW Motorrad as the German manufacturer’s official BSB and international roads team, the Moneymore squad is expected to mount a serious t**le challenge in 2015.

Laverty, though, feels an opening-round win on Monday may be out of reach after encountering some teething issues with the S1000RR during pre-season tests, but the experienced Toomebridge man is confident of forcing his way into the championship hunt as the season unfolds.

“The bike is good, it’s got some really strong points, though the biggest thing that I’m not quite content with at the moment is the electronics,” Laverty told the News Letter.

“We’ve got to use the BSB-spec Motec kit and that’s causing the biggest hiccup at the moment because we’re not quite getting the same feeling that you can with the BMW kit, so throttle connection and power delivery are a little bit of an issue.

“There are a lot of positives with the bike though and the engine is very strong but I just need a bit more time to iron out the electronics to get it suited to how I want it. It’s probably a bit of an ask this weekend to be fighting for a race win but you never know, I could still pull one out of the bag,” he added.

“Every time I ride the bike we’re understanding it more, I’m adapting to the bike and we’re continuously understanding how to get the best out of it. I’m pretty positive we can do a decent job this weekend though we do have some work ahead of us.”

Practice for the season-opener gets underway Saturday with final qualifying tomorrow.

Source: Over the counter

Every thing you need, bedding towels etc. Sky TV, internet, washer and dryer, garden with BBQ, lots of todler toys high chair etc if needed.
Could arrange for use of a car while you are here if needed.

Message me if you are interested or email  [email protected]
Source: 3 bed house 3rd to 15th port erin

few pics of my Ktm rc8