Doesn’t look very good but there are few of them at the moment.

You think is worth 50min in a bus to go see it? 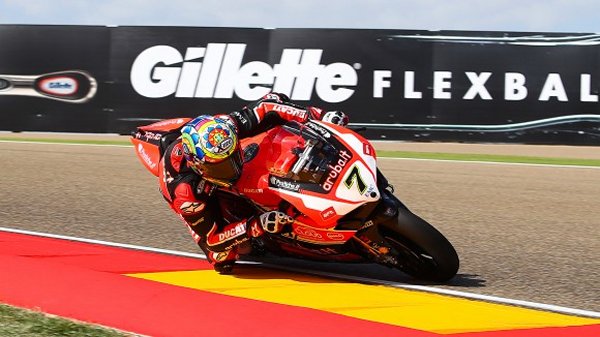 After the opening 45 minute session at MotorLand Aragon, Chaz Davies emerged on top with his time of 1.52.009s setting the benchmark for the rest of the weekend, as the riders acclimatise to the faster final turn which is being used for the first time in WorldSBK history.

Local rider Xavi Fores, and the second of the Aruba.it Ducati Superbike Team entries, who takes over from Troy Bayliss as the replacement rider for the still injured Davide Giugliano elevated himself into second in the closing minutes (+0.356s), as did Alex Lowes (Voltcom Crescent Suzuki) who moved into 3rd (+0.629s).

Michael van der Mark (Pata Honda World Superbike Team), and the Aprilia Racing – Red Devils duo of Jordi Torres and Leon Haslam were 8th to 10th at the end of the opening on track action, lapping 1.313s, 1.857s and 1.891s respectively behind the leading time of Davies.

Niccolo Canepa (Team Hero EBR) was the only faller. The Italian finishing 14th overall on the final classification.

Leon Camier (MV Agusta Reparto Corse) missed the first 40 minutes as the team worked on his machine, the Englishman eventually managing to record just one single flying lap which put him 18th.

FP2 is scheduled to take place at 1500 local time. 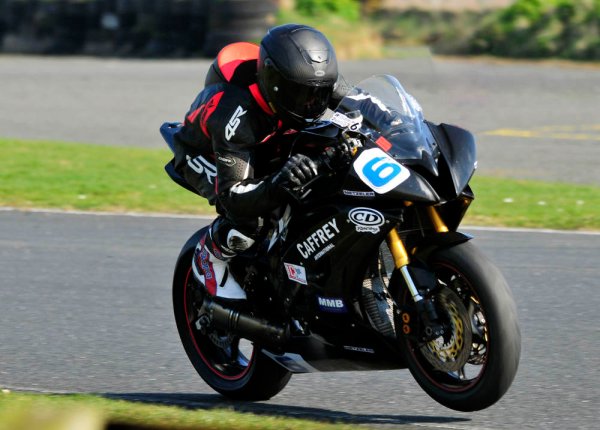 With Kirkistown race circuit blessed with Easter sunshine, William was looking to carry on his winning ways after the superb double at Bishops court on Saturday, and after qualifying for pole position once again, William looked a cert on the CD Racing Yamaha R6.

The Supersport race was race one and with William raring to go the crowds were massed along the banks, however, not all was to go to plan, and William who was leading the race from the off went into the chicane at the back of the circuit and on his exit the front wheel seemed to go from under him, sending him sliding along the tarmac and coming to a stop on the grass. William bounced straight up onto his feet showing that he wasn’t hurt and due to the rules he wasn’t allowed to remount the machine and walked back to the paddock, The race eventually being won by Robert English.

The crowd were waiting in anticipation to see if man or machine would be ready for the second Supersport race, and William being a true Dunlop didn’t let them down, Again William started from Pole position and led from the off, closely followed by the previous races’ winner Robert English in his slip stream for the six laps, It certainly looked a battle of nerve and skill to hold on, then as they came round the back straight Robert had taken the lead to the surprise of the crowd. For the next two laps William and Robert traded places numerous times, with Robert leading on lap seven, going into the last hairpin bend, But William wasn’t giving up the race without a fight and took the lead and the chequered flag with only a split second between them.

A fantastic and breath taking battle and with William on the Podium for the third time this weekend, the season ahead looks like there could be a lot of trophies heading to Ballymoney this year. 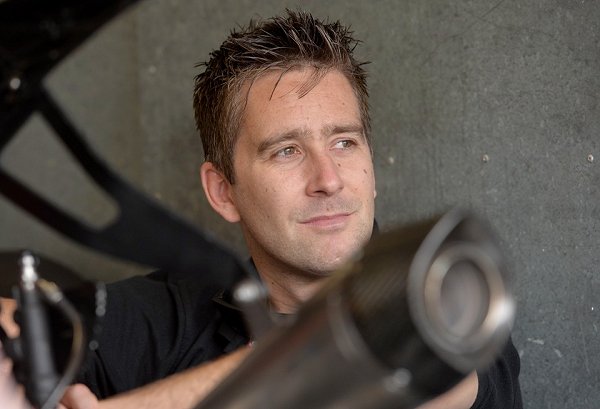 Australian David Johnson is set to become the highest profile newcomer at the 2015 Vauxhall International North West 200 on May12-16 on an Ice Valley BMW.  The Adelaide man has never raced at the seaside venue in spite of competing in all the other international road races.

“I have always wanted to do the North West but the deal has always gone wrong at the last minute!” he said as he announced his debut on one of Paul Shoesmith’s2015 spec BMW S1000RRs in the Superbike and Superstock races.

Johnson has established a strong pedigree on both the roads and tracks in recent seasons. He is currently competing in the BSB series on a MotoDex BMW but his best results have come in the British Superstock championship where he has been a regular winner. The 30 year old finished fifth in the series in 2005 although injuries have hampered his final positionin the overall standings over the last couple of years.

Johnson made his debut at the TT five years ago, scoring his best result last season when he finished fourth in the Superstock TT on a ZX10 Kawasaki. The Aussie doesn’t rule out a similar performance on the Triangle circuit.  “It will be really important to get plenty of practice time at the North West and for conditions to be dry because I don’t like riding in the wet on the roads.” he said.  “If I get enough time on the bike and I feel comfortable then I will definitely give it a crack. I don’t have any real expectations but maybe a top ten is possible.”

Johnson’s team boss is equally enthusiastic about his North West recruit’s abilities and had no hesitation in providing him with a bike.  “David has ridden for me before at the Ulster Grand Prix and we have been good mates for a long time.” the Stockport man said.  “When I heard he didn’t have a North West ride I stuck him on one of the four new BMWs I have this year.”

49 year old Shoesmith will also be racing at the North West, riding another S1000RR BMW in the Superbike and Superstock races alongside an ER6 Kawasaki in the Supertwins and a R6 Yamaha in Supersport.  “I have been coming to the North West every year since 2007 and I love it.” Shoesmith smiled.  “There is nowhere else where we are at top speed for so long and it is a great social event as well as great racing.”

Shoesmith has been instrumental in introducing an impressive list of riders to the between the hedges scene, including Peter Hickman who became the North West’s fastest ever newcomer on one of the immaculate Ice Valley BMWs last year.  “I think my own best finish at the North West was a 10th in a Superbike race a couple of years ago but I don’t really race for the results.” Shoesmith said.  “I know that I am not going to win because there are so many faster and younger riders out there but I do it for the fun of it and I like to bring a team. A lot of talented guys like Peter, Simon Andrews, Gary Johnson, Dean Harrison and Branko Srdanov have ridden my bikes and now we have David.”

I’m moving into a new place in the city centre – and as a result despite all of the private space, I am losing my beloved shed! I have no storage in the house whatsoever really so need something.

Anybody got any advice on a cheap storage shed solution. Something that won’t take up too much room, is cheap and removable quite easily. I just need to be able to pop my tools in it, power washer, bike bits that sort of thing. 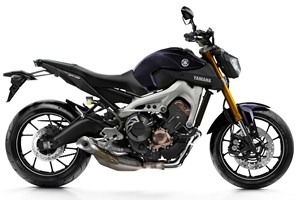 YAMAHA is recalling some MT-09s, Super Ténérés and YZF-R6s over a transmission issue which may leave riders unable to select gears.

According to the UK’s Vehicle and Operator Services Agency, the ‘transmission may fail’ as a result of a fatigue crack to an internal component.

A notice on VOSA’s recall database says: ‘The gear shift cam segment stopper may develop a fatigue crack. If not identified, this could result in the inability of the rider to select gears.’

The recall was launched on Tuesday and is thought to affect a relatively small batch of 2015 editions of the MT-09, R6 and Super Ténéré XT1200Z.

According to the notice, the remedy is to ‘recall all affected machines to replace the gear shift shaft with a new remedial component’.

VOSA gives the start and end of affected bikes’ VIN numbers as follows: