Hi, I’m wondering does any one know of good endure trails in cork, there’s a few of us on quads, fairly new to it and looking for places to go for spins, also would anyone have recommendations for endure camping trips? Either in Ireland or the uk, Thanks

nudder crackin day for it

Source: nudder crackin day for it

Gallery One uploaded from the 39th Enkalon Trophy races.

Check back later for more.

Anybody traveling from limerick the weekend could you collect something for me and bring it to Mondello . Paul my name am one of the scrutener . 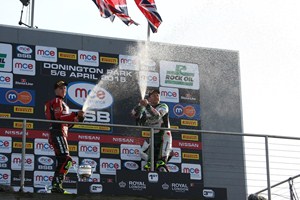 SHANE ‘Shakey’ Byrne tops the British Superbike Championship standings after finish second in race one and first in race two at Donington Park this weekend.

Despite winning race one, James Ellison was struck with a battery issue before the start of race two and therefore salvaged only enough points to finish round one of the 2015 Championship in third.

Both Tommy Bridewell and Michael Laverty sit in eighth and ninth respectively for the Tyco BMW team.

Ryuichi Kiyonari finishes round one in 16th after crashing out of race two and finishing 14th in race one.

As t**le says above lads. bike needs a service, plugs, filters and liquids. Any one stop shop I could pick all these over the counter, that will have them in stock and thats not going to hurt too much and price.

Im off work on thursday and heard its supposed to be a cracker. was in work all today and have the itch ! :thumbsup2:

Anyone know if u have to wear a helmet in a sidecar:unsure2: 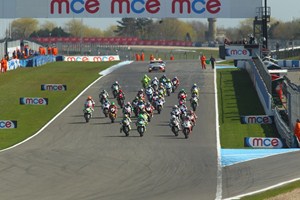 Byrne led the field into Redgate on the opening lap while Stuart Easton, Linfoot and Ryuichi Kiyonari followed closely behind, along with Josh Brookes. Linfoot piled on the pressure to take the lead on the fifth lap from Byrne.

Buildbase BMW’s Kiyonari high-sided on lap six, leaving him out of contention. The Japanese rider suffered bruising. Kiyonari’s crash caused Brookes to run off track, which dropped him down the order, but eventually he finished in sixth place.

At the front, Linfoot was defending well despite Byrne pushing him hard. Lap 11 saw Byrne take the edge, but the pair were inseparable. Easton waited behind in case an advantageous opportunity arose.

Linfoot, who was strong on the brakes into the Esses, regained the lead a few laps later from Byrne, but they were side-by-side into Melbourne and Byrne exited the hairpin first.

Lap 17 saw the pair scrapping and changing positions as they went charging to the finish line, with Linfoot attacking at Hollywood before Byrne reclaimed the lead at the Old Hairpin.

Despite Linfoot’s best efforts he was forced to settle for second place, with Easton third.

Race one winner James Ellison had battery issues with his JG Speedfit Kawasaki, meaning he was forced to start from the back of the grid, but the Kendal rider eventually finished 12th.

Peter Hickman scored an impressive fourth place for the RAF Reserves BMW while Christian Iddon finished in fifth on the Bennetts Suzuki.